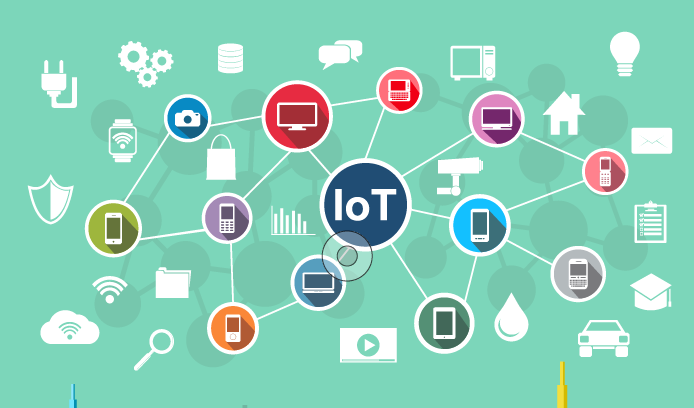 What is Internet of Things (IoT) and How it Works?

It is amazing how extraordinary things can become the everyday. The technology that we used to see in the 90’s movies, is part of our everyday life. The tech that we thought was lifetime away, is just around the corner. Driver-less cars, smart cities, smart homes, the connection between devices and internet via embedded devices, code, and sensors, is now real, and that’s called the Internet of Things (IoT). IoT is the trend and the buzz is growing rapidly, with more than 14.2 billion things being connected to the IoT ecosystem, but first, let’s cover the “What is Internet of Things?” question.

What is Internet of Things (IoT)?

Internet of Things (IoT) is changing much about the world we live in, from the way we drive, to how we make purchases, and even how we get energy on our homes. Internet of Things (IoT) now refers to billions of physical devices around the world that are connected to the internet, and which are collecting and sharing data with each other. IoT is any physical device that you connect to the internet, where the physical systems and the information systems communicate with each other, making it possible to operate. In simple terms, Internet of Things (IoT) is an ecosystem of physical devices, vehicles, appliances, and other things that have the ability to connect, collect and exchange data over a wired and wireless network, with little or no human-to-human or human-to-computer intervention.

How large is the Internet of Things (IoT) infrastructure?

The IoT is Large, and it is becoming larger and larger year by year. At the moment, there are more devices (things) connected then the actual world population. It is calculated that around 14.2 billion IoT Devices are in use in 2019 and the number will be increased to 20.4 billion by 2020. 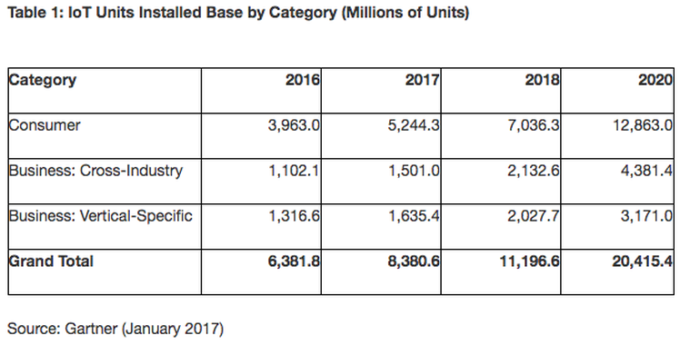 Based on the IDC research, the spending on IoT will hit $1tn in 2020, and $1.1tn in 2021. The largest technology category that will benefit more is the hardware category with more than $239bn being spent on sensors, modules and devices.

How do devices connect in the Internet of Things?

There are different methods that can be used to connect and share data between devices in the IoT ecosystem. Most of the devices will uses some forms of wireless connectivity, while home and the offices may use standard Wi-Fi or Bluetooth Low Energy to communicate with each other, other devices will be using LTE or satellite communications. IoT doesn’t have any standard protocols on what type of connection should devices use to communicate with each other and there is an argument going regarding a standard method of device connection with the internet.

The implementation of 5G networks will help to scale the IoT infrastructure faster and easier. 5G has the ability to fit up to one million devices within 1 kilometer and the number of the devices in a very small area will increase drastically.

Use Cases of IoT in Real World:

The number of IoT devices being used in our daily life is increasing day by day, from mobile phones, to TV’s, Health, and Factories, almost all of the industries have been affected by the IoT revolution.  Some of the real life applications that are being used currently are:

While cities are growing rapidly, maintaining a healthy and safe environment for citizens is becoming challenging. The Internet of Things (IoT) offers new opportunities for cities to use data to manage traffic, cut pollution, make better use of infrastructure and keep citizens safe. Countries like Japan, UK, Spain, US, and South Korea are already implementing smart-cities in order to collect the data from citizens, devices, and assets, to solve major problems of people living in a usual city, like water distribution, pollution, crime, traffic congestion, waste management, etc.

You can watch this video and get a better understanding on how the Smart Cities work:

The IoT will be affecting all aspects of our lives, and the transportation industry has no exception. Smart cars are already a thing. With the “Tesla” of Elon Musk leading the way of driverless automobiles, the transportation industry has just begun its transformation to Self-Driving cars. Within next year, there will be 10 million self-driving cars on the road. The idea of self-driving cars is to save fuel, time, and lives. More than 1 Million people are killed on traffic accidents yearly, and accidents are mostly caused by human error. With Self-Driving cars, the goal is to make road safer for the population.

See the video to understand how Connected cars in the internet of things work:

Another large implementation of IoT is happening in the Health and Medical industry. Hospitals, Pharmaceutical companies, and laboratories are benefiting from the data gathered. There are unparalleled benefits which could improve the quality and efficiency of treatments and accordingly improve the health of the patients. See the video to better understand the IoT in healthcare:

How To Choose The Right Dedicated Software Development Team in 2020

Made with by Vizah GmbH